You are here: Home / Blog / Blue Hole In Belize: The Only Travel Guide For You

Sometimes referred to as the Great Blue Hole of Belize, the body of water off the coast of Belize City has garnered great fame in the diving community.

Just seeing the stunning dark circle of blue water out in the ocean could give you sufficient reason to guess why.

But if that’s not enough for you, maybe a shining review from the father of scuba diving, Jacques Cousteau, will be.

On French explorer Jacques Cousteau’s top 10 list of places to dive, the Blue Hole in Belize made the cut.

Some even credit Cousteau with popularizing the Blue Hole as a diving spot, as he included it in an episode of his popular TV series, The Undersea World of Jacques Cousteau.

But Cousteau wasn’t the only person to be charmed by the Blue Hole in Belize.

The Discovery Channel included the sinkhole in their list of the 10 Most Amazing Places on Earth, and UNESCO named it a World Heritage Site.

What’s the most remarkable about the Blue Hole, however, isn’t about the acclaim it’s received from Cousteau and the Discovery Channel and UNESCO – there is so much more to it.

What is the Blue Hole?

The vagueness of the name might suggest only a vague understanding of what lies beneath the surface of those dark waves, but there is actually quite a bit that we know about the Blue Hole.

First, it might help to explain what a Blue Hole is, since this isn’t the only one.

A Blue Hole is a type of below-ground deposit that extends below sea level. It is open on the surface, which may be a part of the reason why they have the name that they have.

Viewing it from space, they appear to be exactly that—a blue hole.

They can come in many forms, mostly ones that include caverns or systems of caverns, and can be shaped like sinkholes, fault line caves, or long flooded caves.

But what about this Blue Hole?

The Blue Hole in Belize is a limestone sinkhole, and is perfectly circular. It is 984 feet across and about 350 feet deep.

Most divers descend to 135 feet or so to catch sight of the impressively enormous stalagmites and stalactites that reveal the Blue Hole’s history as yielding a formerly aboveground string of caverns.

The Blue Hole includes caves, reefs, and a variety of wildlife, which can mostly be found along the shallows, versus deep into the center of the hole.

From the midnight parrot fish to the hammerhead and Caribbean reef shark, there are a plethora of remarkable fish that can be spotted swimming around the sinkhole.

Snorkeling or diving around the area, you’ll be able to catch sight of shrimp, anemones, angelfish, groupers, and more. 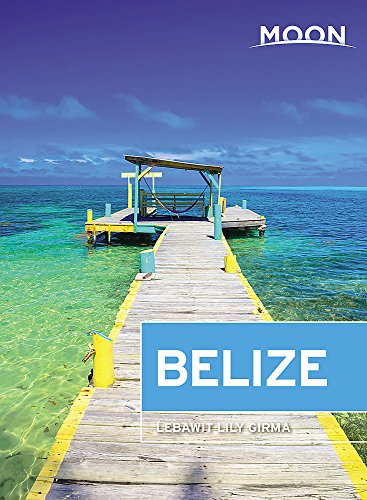 History of the Blue Hole in Belize

When Jacques Cousteau brought his research ship, the Calypso, to the sinkhole in 1972, he and his team determined that the Blue Hole was likely an above-ground structure before ocean levels rose, and likely began forming over 150,000 years ago. It was their expedition and exploration of the sinkhole that helped us learn a lot of what we know now about it.

The sinkhole was likely formed after the ceiling of the underground caverns collapsed – perhaps due to an earthquake – which is also theorized to be the reason why the reef became tilted 12 degrees.

At the end of the Ice Age, when glaciers melted and the sea levels rose, the Blue Hole was formed, or rather, filled with water. The walls of the Blue Hole reveal this, given the shelves that have eroded into it at multiple lower levels from the movement of water.

In his book, Ten Years Underwater, British diver and writer Ned Middleton, who lived in Belize for several months, deemed it so, comparing it to the Great Barrier Reef in Australia.

How to Reach the Blue Hole from Belize

If you look at Belize City and the Blue Hole on a map, you’ll notice a pretty significant distance – about 60 miles of distance. That’s because you’ll have to get to Ambergris Caye, Caye Caulker, or one of the other closer islands to reach the Blue Hole, which is a portion of the Lighthouse Reef System.

As a part of diving tour, the diving masters will likely boat you from your island to the Blue Hole. Divers going from Caye Caulker to the Lighthouse Reef time the trip to be a little over two hours. 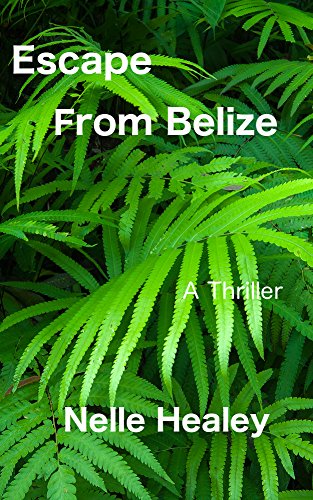 Be sure to plan your visit for when the weather will be best. The rainy season in the area runs from June to December, so January through May will be a more pleasant time to visit. Regardless, the water temperature at the typical diving depth remains fairly consistent throughout the year.

Diving into the Blue Hole

Dive boats leave early, so be prepared to set some morning alarms. Some boats will chum the water for sharks if the majority of people onboard are interested, and dive masters will guide you if you need the extra help for the entirety of the 30-minute-or-so dive down into the sinkhole.

Typically, trips to the Blue Hole are all-day adventures, and tours often include two dives: one in the Blue Hole, and one on Half Moon Wall.

The dive starts out with a view of coral and limestone, but as you go deeper, you’ll see the stalactites and stalagmites, and maybe even a hammerhead shark. As you go deeper, you will likely spot even more sharks—so if this is a phobia of yours, beware.

The temperature of the water is around 76 degrees Fahrenheit year-round, at about 130 feet deep. Experienced divers will get the most out of a trip here. You cannot go lower than 40 meters per the rules set by Belize Diving Services, unless you have 25 or more dives under your belt.

While the surrounding areas are plentiful with fish and reefs, the Blue Hole itself has poor water circulation and, thus, is not as overflowing with wildlife.

As you descend deeper into the hole, you may encounter Caribbean reef sharks, but it is really the geological structures and caves that make the Blue Hole an incredible and unusual place to dive.

Since caves don’t form underwater, there is something especially enticing and unique about the experience of getting to see stalactites and stalagmites among the occasional roaming shark.

If you tire of the caves, there are further structures to explore as well, from underwater dunes to shelves and shelves of bedrock.

What Else to Do in the Area

Near the Blue Hole is the Half Moon Caye National Monument.

There you can find red-footed boobies, which nest on the western side of the island, if you visit during the 10 months that they spend in the area. (Hint: They leave in August.)

If you’re especially lucky and travel there in March, you may get to see some of the baby birds hatching.

However, the best time of year for diving is May, as that is when the weather is calmest.

There are also over 120 other species of birds to see on the island, as well as a variety of unique lizards, from the Spinytailed Iguana to the rare Belizean Atoll Gecko, which can only be found in Belize.

If you’re not a big animal lover, you can take in the beautiful orange flowers on the Ziricote tree, or try your luck at catching a coconut from a fruitful palm. Regardless, you will have to take a day trip to the area, as the sensitive environment does not take well to camping, which is not allowed.

If you stay in Belize City or San Pedro, you should be able to find an affordable way to get to Half Moon without breaking your budget.

You can also check out St. Herman’s Cave, where you can walk along steps carved by the Maya, observe cave formations, climb atop impressive boulders, and even hop into the water and float around on an inner tube.

What Makes Diving the Blue Hole in Belize Worth It

The Blue Hole’s unusual history as a cavern-turned-diving-mecca makes it a unique location to explore.

While it may not be the most populated when it comes to fish or coral, it has a lot to offer. It’s huge on geological structure, with underwater caves that will amaze and impressive stalactites that will have you thinking about what things might have been like 150,000 years ago.

When Jacques Cousteau visited the Blue Hole in Belize in the ’70s, he was wowed for a reason.

And the divers who have visited since have only further emphasized his fascination and appreciation for the area.

The Blue Hole is a diving spot that cannot be missed.

Dive Informer is your trusted source on diving news and information. Learn more at DiveInformer.com.

Another Shade of Blue
Buy on Amazon

The Peregrine Dame in Belize
Buy on Amazon