When people think of the UK and watersports, their minds might automatically jump to the English Channel. However, the UK is more than its dew-covered rolling hills, and endless countryside. It has an abundance of lakes and shoreline that lie waiting and relatively untouched. You might need heavier clothing than you’re used to for the chilly climate, but with a good windbreaker and your paddle board, you’ll be ready to explore the UK’s most enchanting SUP spots.

If you happen to be in Scotland and want to see nature at its purest on your SUP board, then make the trek over land and sea to the Isle of Mull. The entire island only has a population of about 3,000 people, so needless to say you’ll have to bring your own board and supplies. Despite the potential inconvenience, there are many rewards, like 300 miles of unexplored coast lined with cliffs, rolling hills, and high, wild grasses. As for the wildlife, get ready to see whales and dolphins playing just off the shore.

It’s freezing cold but the winter waves are epic. If you’re an expert SUP surfer, it’ll be hard to resist the three feet minimum swells Thurso is throwing. The right hand breaking waves might have a few unusual obstacles, like snow and ice, but as long as you have a hefty full-body wetsuit you can lay claim to the best wave in the entire UK.

Say hello to forested shores, misty waters dotted with green islands and protected wildlife like red deer and river otters. Loch Lomond is much calmer than the roaring waters of Thurso, which makes it a great place for beginners. Besides, it’s located in the middle of Trossachs National Park, the perfect escape from city life.

Although you can surf pretty much any wave if your paddleboard is designed for surf, many like more adaptable boards they can use in flat water, too. The tiny, two feet waves at Watergate Bay make this SUP spot accessible to pretty much everyone, even beginners. However, for more competitive types, the BSUPA competition is held here every May.

Who can resist the temptation to see one of the most famous and historical cities in the world on their SUP board? Although it’s a city, that also increases your SUPping options. Whether you just want to take a leisurely ride on the river, work on your flexibility by joining a yoga class on your board, or would rather boost your adrenaline in a competition, London has something for everyone. Check out scenic Paddington Basin, a local favorite.

This entire area is covered in lakes, which makes it a SUPpers dream. It’s easy to hop from one to the next to explore the countryside and view its characteristic rolling hills covered in fields and farms from the tranquility of the azure waters. Exploring the hidden bends, you might even run into a waterfall or two.

This tiny county is littered with parks, most of which just happen to be on the coast. Hidden caves, cliffs, and calm bottle-green waves make Pembrokeshire one of the UK’s best SUP spots. Luckily, free from crowds and tourist traps, it’s also a bit of a secret. You’ll love floating along on these easy waves to take a much-needed breather.

As far as estuaries go, it doesn’t get much better than Mawddach. It curves along colorful sandbanks and through hillsides covered in forests and passes under an expansive railway bridge before opening out to the sea at Barmouth. Not the most traditional tourist destination, it offers incredible views only a few have seen, and first rate flatwater SUPping.

If you’re planning a SUP outing to cover massive distances that’ll last the whole day, start at Puffin Island, which of course has its own perks – mostly the incredible puffin population it’s named for. But don’t linger too long, once you enter Menai Strait, the thin body of water that separates Anglesey Island from the rest of Wales, you’ll have 16 more miles to go to get to the end of the strait. You’ll pass under several impressive bridges and end at the dramatic stonework of Belan Fort, built in the 1700s.

The calm water of the UK’s largest inlet lends itself to flatwater paddle boarding and downwind runs. If you start from the southeastern end, Strangford Lough is a fast ride. With the slightly waving algae visible bellow, you’ll feel like you’re floating a forest. Pass through small islands and enjoy the rustic countryside until you arrive at the northern end a few hours later.

As Northern Ireland’s largest lake, Lower Lough Erne is one of the best SUP spots in the UK. However, size isn’t all that matters. This lake is speckled with hundreds of islands that are fun to weave in and out of, hidden coves, and a winding shoreline that will leave you exploring for days.

This popular holiday town is also part of a little peninsula where waves break on the east and the west side. They might not be the most consistent waves in the world, but when they work, they have a formidable ten feet swell and length to last. The east strand tends to be more challenging, so if you have the experience, take your board there. If not, head to the west.

The UK might be small, but with an abundance of water and lush countryside, the SUP spots are seemingly endless. As you make your way throughout the isles, you’ll not only explore new views and waterways, you’ll also see the subtle differences in culture and lifestyle between its countries. 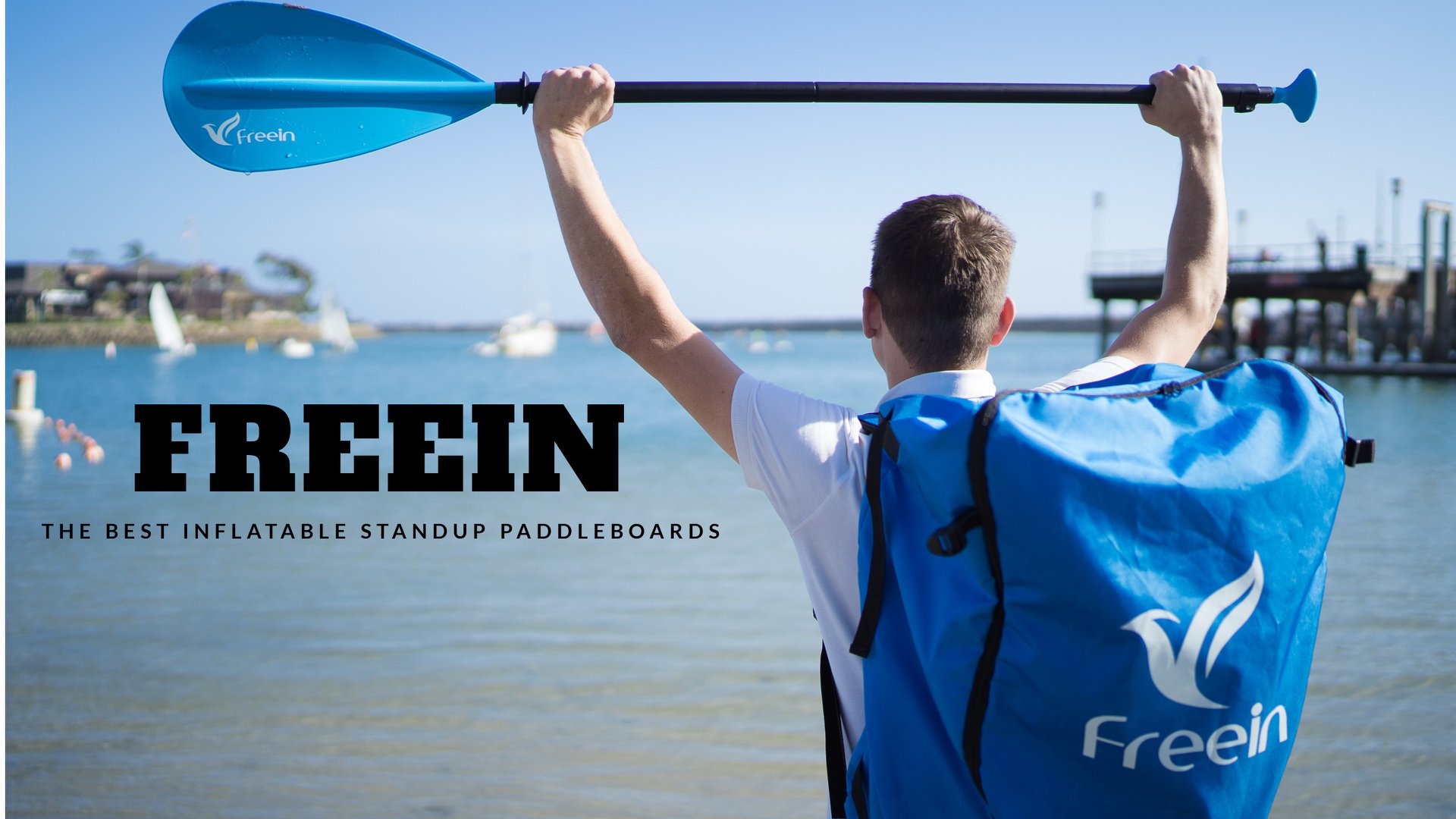